We would like to let our customers know that we’re back in business – producing & delivering lead sheet.

Although it’s not the ‘business as usual’ message we’d like to give, we’re working very hard to make your lead deliveries as normal as possible. With our reduced workforce, we’re now back onto our normal lead times on our machine cast orders throughout the UK.

If you’d like to get in touch with us, this is how best to do so:

Turriff United FC has been playing professional football in the Highland League for ten years and since then they have built a fantastic new main stand with hospitality, boardroom great player facilities and seating for 200 fans. This has all been made possible through fundraising, the dedication of their local community and a band of volunteers who are as passionate of their football team as the players themselves. 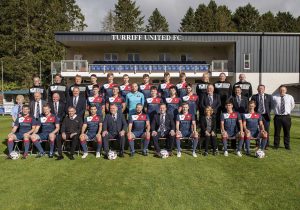 Recognising Moray based Keith Builders Merchants passion for their team, Midland Lead is proud to sponsor the team ready for the new season. Lynn Street, sales and marketing manager at Midland Lead is delighted to support a team with such passion; “Many of our Scotland based customers are working on some very exciting projects so it’s great that we can support some of the initiatives that are local to them – plus we do love a passion for sport.

“Keith Builders Merchants has donated to many different local causes in the Highlands of Scotland and we are delighted to have the opportunity to sponsor their local football team. We look forward to seeing them play in the new season and visiting one of their many events that they host at their brand new football ground.”

Midland Lead’s logo will be proudly displayed on the team’s shorts and also on a pitch side advertising banner.

Club treasurer and managing director of Keith Builders Merchants Jeff Smith, said the club is delighted to embark on this new venture with Midland Lead; “Highland League Turriff United is delighted to welcome Midland Lead, one of the country’s leading lead providers, as a major sponsor of the club, for the coming season.

“There are many similarities between our organisations as we look to the future. Here at Turriff United, we actively promote opportunities to attract the younger generation into the sport, and Midland Lead is also focussed on appealing to the next generation of roofers by supporting eighteen construction colleges nationwide.

“Their investment at the club will make a big difference and is greatly appreciated by everyone at this small-town club in North East Scotland. We are also looking forward to welcoming Midland Lead to the club to take in a Highland League game soon.”

"Knowing that product safety and quality are paramount is of great importance in a healthcare setting."
Steve Holtom, Intastruct Ltd

Warning: call_user_func_array() expects parameter 1 to be a valid callback, function 'alt_google_analytics' not found or invalid function name in /srv/users/serverpilot/apps/midlandlead/public/wp/wp-includes/class-wp-hook.php on line 288