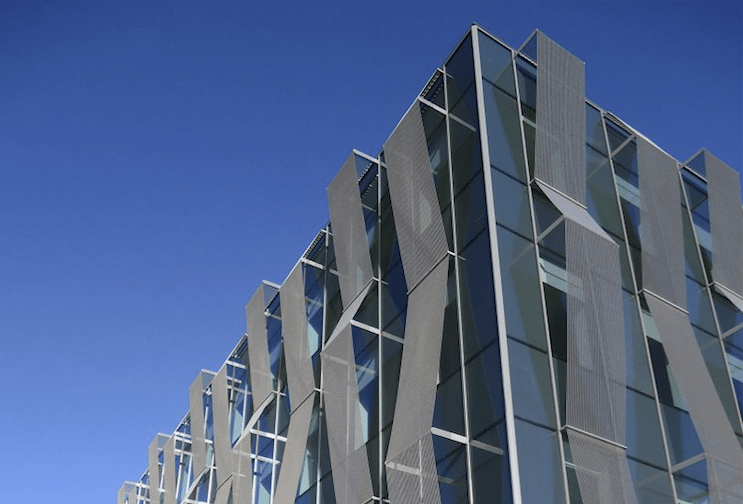 “The Imaging Centre for Excellence project was challenging as it was constructed within a busy live hospital campus and on the Emergency Blue light Route. Therefore it was imperative that deliveries were planned, managed and controlled carefully. Midland Lead assisted by having the lead lined boards both palletised and shrink wrapped for a just in time delivery, together with clear labelling of the designated location along with material specification clearly noted on the packaging. This collaborative approach increased efficiency, reduced the risk of damage and ensured optimum production output.”

Midland Lead supplied the radiation shielding for the newly launched Imaging Centre for Excellence in Glasgow. A mix of Code 4 lead-lined plasterboard and lead-lined plywood pattress panels were supplied, alongside lead fillet strips suitable for preventing radiation leakage at flat board joints and corners.

The Imaging Centre for Excellence in Glasgow otherwise known as ICE, officially opened its doors on 29th March 2017. The project is the latest addition to the Queen Elizabeth University Hospital, which is one of the largest acute hospitals in Western Europe. The new centre will significantly increase Glasgow’s expertise in the field of personalised medicine, and is designed to encourage new innovative collaboration in imaging between academics, industry and the NHS, through the inclusion of a dedicated ‘collaboration zone’.

Most notably, the 11,000sq ft. space is home to a 7 Tesla (7T) MRI scanner, the first of its kind in the UK which is integrated within a clinical site. The £10m 7 Tesla is an ultra-high resolution scanner. To give you an idea of its power, the scanner’s field strength is 140,000 times stronger than the magnetic field of the Earth. The scanner will be used to advance the development of diagnostic imaging methodologies in stroke, cardiovascular disease and brain imaging for conditions such as Alzheimer’s disease and epilepsy. The ICE facility will also be home to a 3 Tesla MRI scanner as well as a 320 slice/large detector CT. 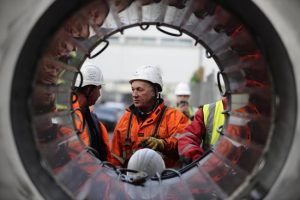 The development of ICE was enabled through £32m of funding by the UK Government and the Medical Research Council. The centre is expected to create 400 new jobs in the city over a seven year period and contribute £85m to the local economy

SCS are market leaders for the supply and installation of joinery work in Scotland. The company offers a complete industrial and commercial interior solution and works with British Gypsum Partitions, who are one of the UK’s top manufacturers. For the company’s team of highly skilled tradesmen, the ICE project did present several challenges most notably in the area of logistics. Stephen Watson, Operations Director for SCS comments:

“The project was challenging in that it was tight for space and heavily congested with personnel from other sub-contractors working collaboratively. By having the lead-lined boards both palletised and shrink wrapped by Midland Lead for a just in time delivery, together with clear labelling of the designated location & its specification, increased efficiency and also reduced the risk of damage ensuring optimum production output.”

"Midland Lead provides a helpful and professional service. And the product quality is second to none."
Rob Aholey, Benfleets Plastics